Earlier today Apple has started rolling out the biggest release of iOS for all of the compatible devices. iOS 11 is available worldwide to download now and you can do so by going to Settings > About > Software Update. Apple has added a plethora of features in the 2017 release of the most advanced mobile operating system and it will be a game changer for the compatible iPad owners. So let's see what you are going to get with the new update.

iPad will see the biggest change in productivity and functionality with iOS 11. The all-new Dock provides quick access to favorite and frequently used apps and documents from any screen and makes it easier to work with multiple apps with Split View and now Slide Over. Apple has enabled drag and drop feature and more desktop-like multitasking features with iOS 11 into the iPad. You can drag and drop anything like photos, messages, text, hyperlinks and send it to any other app be it messaging or iWork. With iPad Pro and Apple Pencil, iOS 11 brings inline drawing and a new Instant Notes feature that opens Notes from the Lock Screen by simply tapping Apple Pencil on the display.

The new Files app is like the Finder on the macOS which holds all of your iCloud Drive files and folders and makes iPad take a one step closer to become a laptop replacement.

Apple is heavily investing in Augmented Reality as with iOS 11 Apple provides the largest AR platform in the world. These capabilities are ignited by the ARKit the company announced at WWDC 2017 and the plethora of sensors a majority of the Apple's fleet of devices have. The platform can be leveraged in a number of industries like fashion, shopping, industrial design and especially gaming. 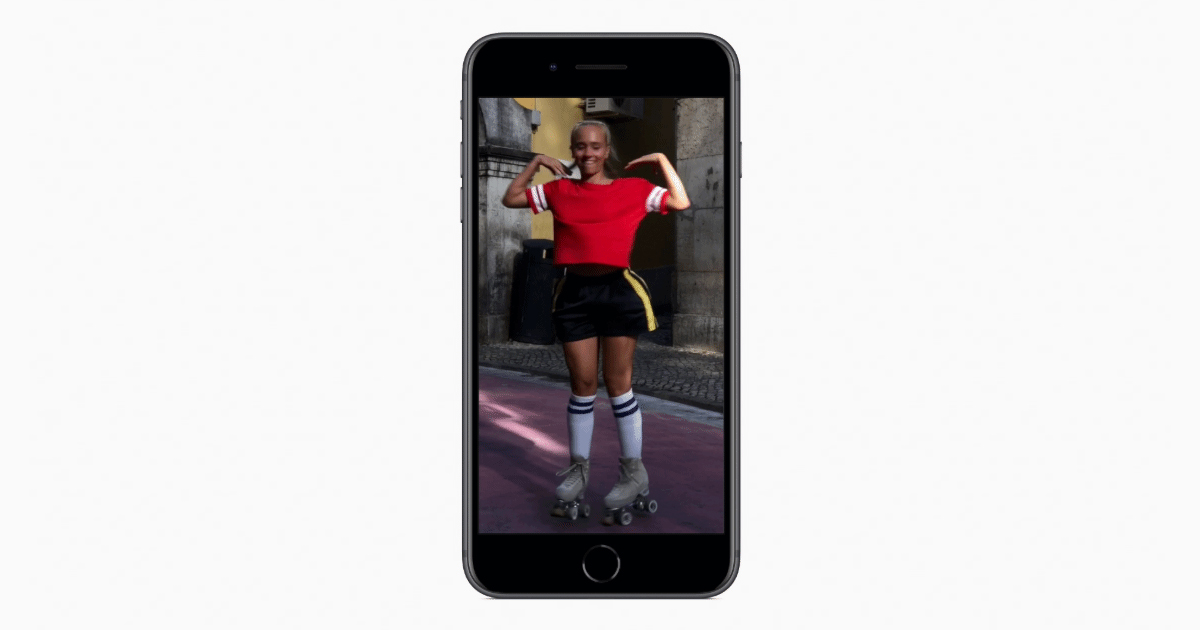 The photo and camera department has also been enhanced in the iOS 11 update. The Portrait mode now uses optical image stabilization, true tone flash, and HDR to take even more dynamic and dramatic photos. Loop and Bounce effects create continuous video loops for Live Photos, while Long Exposure creatively captures time and movement. The Memories are also optimized to play in portrait mode and new memories depending on the photos are created automatically.

The iOS 11 brings the biggest change to the App Store design since its inception making discovering apps and games easier than ever before. Rather only paying attention to the apps, the App Store now shows daily stories about developers and their experience. The Store updates with a summed up daily content with the app of the day, a story and other app lists. App Store for iMessage is also easier to access with a redesigned app drawer.

Siri has become more natural and useful with iOS 11. It has a more natural voice and sounds even less robotic. Siri is now able to translate US English to different languages starting with French, German, Italian, Mandarin Chinese and Spanish. Siri uses on-device learning to deliver more personal experiences and offers suggestions based on personal usage of Safari, News, Mail, Messages and more.

The peer to peer payments with Apple Pay will come this fall with an update to iOS 11 and Watch OS 4. The new feature can be used directly from the iMessage app drawer to make personal payments to your friends and family. You can even tell Siri to pay someone using the credit and debit cards in Wallet app. When users get paid, they receive the money in their new Apple Pay Cash card in Apple Wallet and can use the money instantly.

Do Not Disturb while Driving

This new feature automatically makes your iPhone detect whether you are driving or not using the WiFi doppler effect, hence making your phone unresponsive to the notifications and calls until you reach your destination. This eliminates distractions while driving and ensures road safety. Users have the option of sending an auto-reply to their Favorites, contacts or recents to let them know they are driving.

With an update to iOS 11 this fall, Apple Maps will be able to show indoor floor wise plan of the shopping centers and airports around the world including: Amsterdam (AMS), London Heathrow (LHR), Las Vegas (LAS), Los Angeles (LAX), Miami (MIA), Philadelphia (PHL) and San Jose (SJC). With turn by turn navigation in iOS 11, drivers will get lane guidance to help users better prepare for the next turn, as well as speed limits to help users stay informed.

Do Not Disturb while Driving

There are other updates and improvements also, but these were the significant ones that iOS 11 will be bringing to the devices that lie in the palm of your hands. Let us know how you like the iOS 11 on your iDevice using the comments below.

Well, that was the news I was waiting for. The OS is now available for downloading

The Loop and Bounce effect will surely make photos even more intersting. I guess, Android doesn't have this feature.

One of the high points of iOS 11 is the AR. Augmented Reality is the future of gaming and a lot of areas in our lives.